Discover some of our most popular adventures in Bohemia: 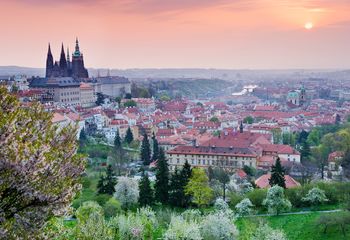 The best way to cover the whole city, see beautiful parks, and learn about history, architecture and Czech culture! 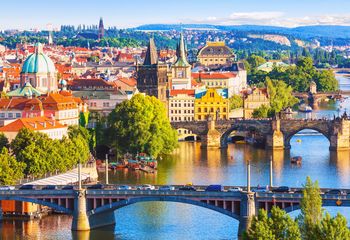 Experience the magnificent city of Prague on a superb 2.5 hour tour taking in major sights at a leisurely pace.

Search all tours in Bohemia

Encircling Prague is the Czech region of Bohemia which constitutes two thirds of the entire country. The region is made up of rolling hills, pond-filled lowlands, large wooded areas, and picturesque towns built around one of the many castles in the country. With over 1,000 kilometers (621 mi) of cycling pathways and trails, exploring the region of Bohemia is easier than most think. Being the home of traditional lager style beer, one of the most popular tours to participate in is one that will take you to some of the most well known and influential breweries. West of Prague lies the town of Pilsen where, you guessed it, Pilsner lager was born. To the south, in České Budějovice, you’ll find the original Royal Brewery for the Roman Empire, which also happens to be the original Budweiser brewery.

The northern portion of Bohemia is home to the spa town of Karlovy Vary and the aforementioned Pilsen, but the most interesting sights of northern Bohemia are the Church of Bones (Sedlec Ossuary) in Kutná Hora and the cycling path from Dresden to Prague. The Sedlec Ossuary in Kutná Hora is a mellow 80 km (50 mi) ride from Prague, or an even easier bus ride, where you can explore the odd church that has been adorned with the bones of some thousands of deceased patrons. The town of Kutná Hora is charming, but can be thoroughly explored in a few hours. The cycling path from Dresden Germany to Prague is one of the biggest draws for those looking for an easy yet longer ride. The pathway gently follows the meandering Elbe River through small villages and rolling countryside. For those looking for more adventure, Southern Bohemia is where you’ll want to go.

The southern portion of the Czech Republic borders Austria and Germany and has a more undulating terrain. Not quite the size of the mountains in Austria, Southern Bohemia is beautifully hilly and provides a more leg-burning experience for those who ride here. České Budějovice is a fantastic southern city where the original Budweiser lager has been brewed for hundreds of years. Ride a little further south and you come across the UNESCO World Heritage approved village of Český Krumlov, where you will fall in love with the red roofed buildings nestled in a small valley and along the banks of the Vltava River. During the summer the town gets overrun by tourists for five or so hours during the day before returning to a true Czech town right about dinner time. Český Krumlov is a great jumping-off point for exploring the Sumava National Park along the Austrian border.