Discover some of our most popular adventures in North Island: 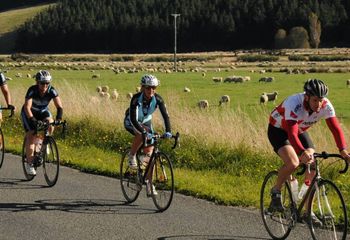 Ride NZ’s spectacular coastal and rural roads from Wellington to Auckland over 9 days on a guided group tour. 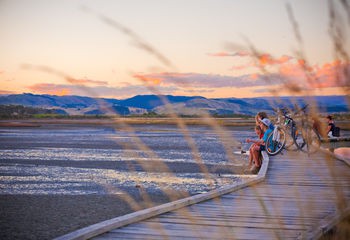 Spend a long weekend or any three days reserved for vacation time, exploring the best of Hawke’s Bay on this whirlwind yet leisurely cycle tour of the region’s finest spots. 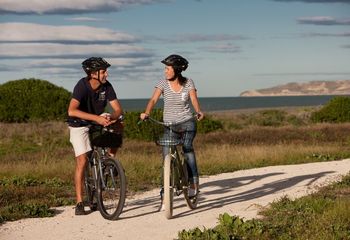 Join this exclusive 5 day self-guided tour and enjoy behind the scenes wine tastings, gourmet food and central & comfortable accommodation throughout. What better way to discover this beautiful and as yet, slightly unexplored part of New Zealand. 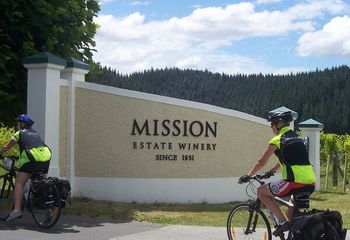 Ahuriri to Taradale Wineries Loop (Half or Full Day options)

A fantastic self-guided day tour through the serene Ahuriri Estuary with half or full day options. Meander through a network of superb trails with stunning views and tour the lovely Taradale wineries. 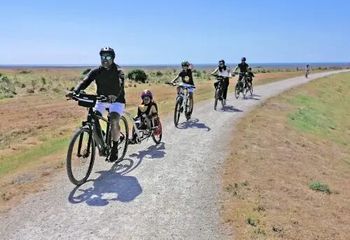 A short break with the best parts of Hawke's Bay for the whole family to enjoy. 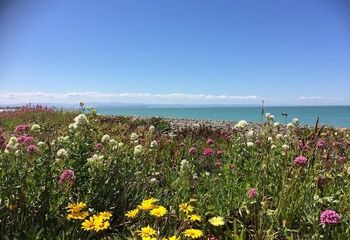 Enjoy a self-guided day cycle from the historic port of Ahuriri to the Cape Coast with plenty of spectacular nature, wildlife and wineries on the journey and the bonus of a return transfer at the end. 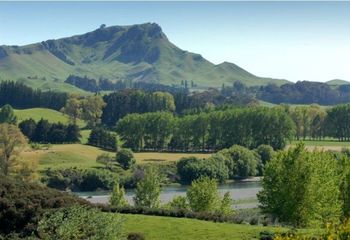 A super popular day ride! Embark on a self-guided, easy, scenic cycle with visits to as many as 6 wineries while winding through the beautiful Hawke's Bay region. 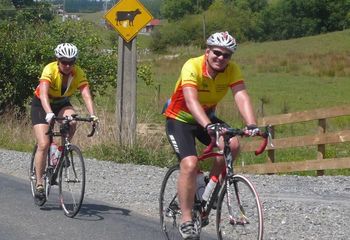 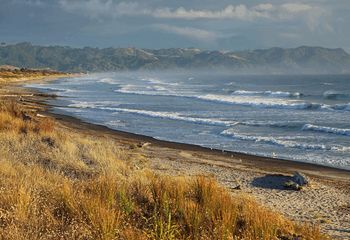 Enjoy a 4 day cycle tour from Auckland that takes you along an old rail line to discover some stunning scenery and some North Island gems, including a visit to the Hobbiton Movie Set, the beautiful Karangahake Gorge and Waihi beach. 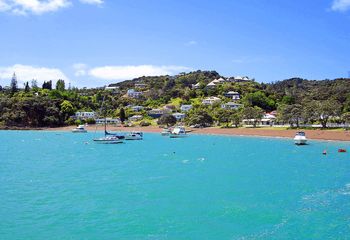 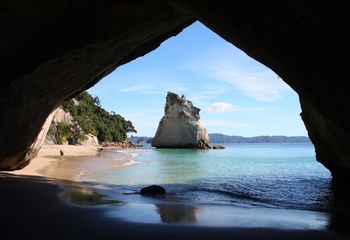 Cycle from Auckland to Rotorua over 8 magnificent days of road biking through the Coromandel Peninsula. 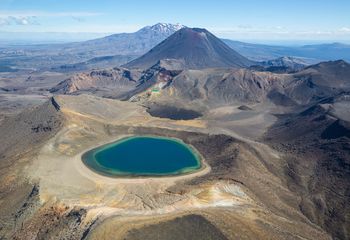 This 8 day Volcanoes cycle tour covers a great diversity of scenery from farmland to lakes, forests and, of course, magnificent volcanoes. 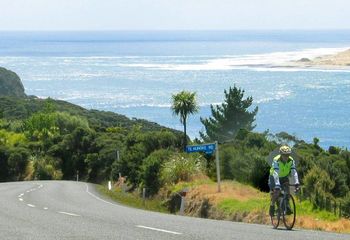 This journey into Northland takes you to the most northerly point in New Zealand over 9 days of stunning road cycling. 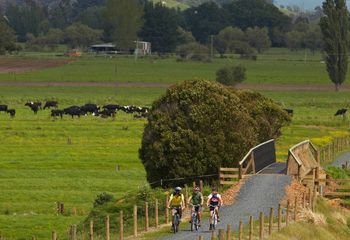 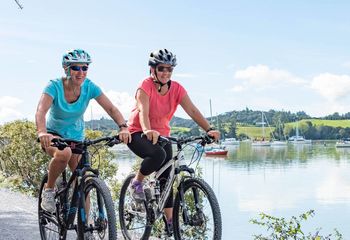 Discover the history and beauty that surrounds the Twin Coast Cycle Trail between Pahia & the Pacific Ocean on the east, & the Hokianga Harbour on the west. 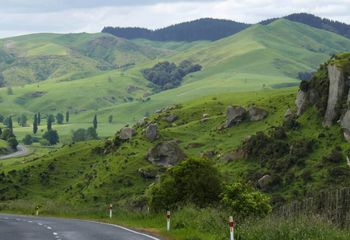 Wairarapa and Hawke's Bay Back Roads 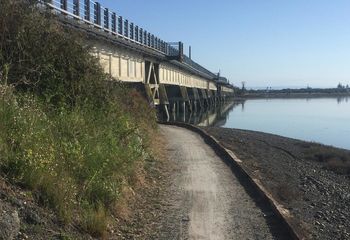 Join a leisurely scenic ride around the favourite attractions and wineries of Hawke's Bay. Cycle the water trails while making stops along the way to sample some wine or food. 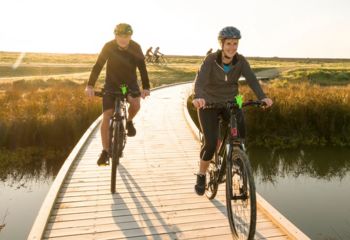 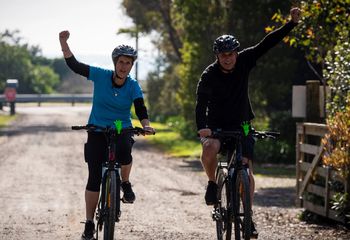 Experience a short yet enjoyable vacation in the lovely region of Hawke's Bay. 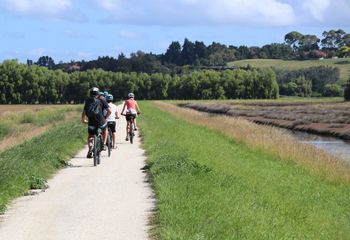 from $543View tour
For Food Lovers

Cycle all three of Hawke’s Bay popular riding trails and enjoy an authentic experience of the region’s charming atmosphere. 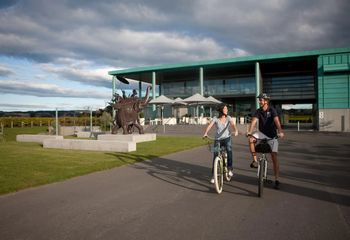 A 5-day fully-guided tour of gorgeous Hawke's Bay. This tour will whisk you away for a quick exploration of the region's charming wineries and stunning scenery. Everything has been sorted out for you, all you need to do is roll up and enjoy the tour. 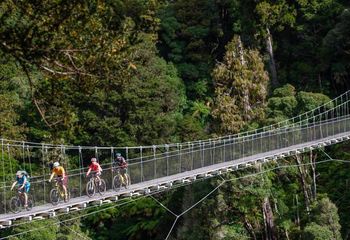 Search all tours in North Island

Countries, cities and islands often do battle over who is the better, and it is no different for the North and South Islands of New Zealand. The former is often thought of as the rank outsider compared to its southerly neighbour, but no visitor to this spectacular country should ever forgo visiting the North Island.

Home to the majority of Maori villages and a breath-taking variety of wild beaches, there is plenty for visitors and cyclists to embrace on a trip here. While the South Island vaunts its adventurous side, you are in a prime spot to soak up history and culture in the North.

There is a far greater population of Maori in the North Island, meaning many more opportunities to absorb the fascinating culture. The 74 km (46 mi) Te Ara Ahi trail in particular will take you weaving through Maori villages on your way from the island’s luxurious thermal resort in Rotorua. Meeting the locals will afford you an excellent opportunity to hear the dialect, chow down on a feast and, of course, observe traditional songs and the intimidating world-renowned haka dance.

While not marvelling at the local culture it’s always nice to relax; doing so in Rotorua is easy with its numerous bubbling mud and natural hot pools to soak away your aching joints.

Do not be fooled in thinking there is nothing to get the adrenaline pumping on the North Island. Waitomo’s spectacular glow worm caves are a must for exploring, and the possibility of black water rafting, zip lining, rock climbing and much more in this underground abyss is sure to satisfy thrill seekers.

If beaches are your thing then the North Island is where it’s at; there are numerous wild surf beaches too alluring to resist, particularly when you have pedalled a fair way and need to take a dip for some much needed relief.

The North’s variation is sure to get your blood pumping, chill you out and take you head first into a culture overload and introduce you to a side of New Zealand you cannot afford to miss.