Discover some of our most popular adventures in Green Spain - The North Coast: 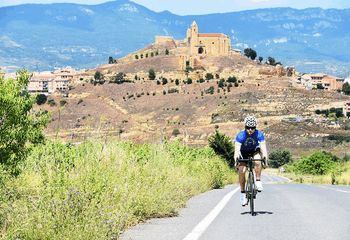 Search all tours in Green Spain - The North Coast

On the north coast of Spain, along the Bay of Biscay, lie the four regions that make up ‘Green Spain’. The northern coastline is often said to be like ‘looking in a mirror where things are all there, just a little different’ when compared to the Mediterranean. Stretching from the border with France to the Atlantic coast in the west, the autonomous regions of Basque, Cantabria, Asturias, and Galicia have a different feeling than the rest of Spain — it may be the landscape, which seems more like France or Ireland, causing you to second-guess what country you’re in.

The region is a hotspot for local Spaniards to take their summer vacations; due to the Camino de Santiago pilgrim way, it is said this area is one of Europe's first true tourist destinations. The Camino de Santiago is a centuries-old pilgrimage route to the shrine of St. James, in Santiago de Compostela in Galicia, which winds its way down through France and all the way across the northern portion of Spain. This route is perfect for cycling and takes you through some of rural Spain's most spectacular and authentic lands.

The terrain in northern Spain is rugged at times, and riddled with seaside cliffs and hidden beaches, and cities like Santander are a great jumping-off point for the north. Bilbao to the east has the titanium-clad Guggenheim Museum and is definitely a good place to hop off the bike and explore. The northern coast is home to some of Spain’s most important historical sites, such as the Cave of Altamira, the “Sistine Chapel of stone age art”, a short distance from the village of Santillana del Mar. The Picos de Europa national park is a bit of an anomaly. Designated as a national park in 1995, this mountain range is only 40 km (25 mi) across and features some of Spain’s most accessible and enjoyable climbing.

Galicia, in the far west, features some of Spain’s most unique and refreshing landscapes. Heavily influenced by the Atlantic ocean, Galicia is a Celtic bastion of lush green landscapes and long-kept traditions. The coastlines are dotted with ancient fishing villages and sea ports, where little has seemed to change over the past hundreds of years, while the interior of the region is filled with fertile farms still being tended to by hand.

Although it is a popular destination, the Costa Verde is occupied by more local tourist populations, unlike the millions of foreigners clogging the beaches of the south. It’s easy to find yourself turning a corner and feeling well off the beaten tourist path, making the north a favourite for those seeking authenticity. The cycling here can be more wet than you’d expect in Spain, so make sure you’re prepared.