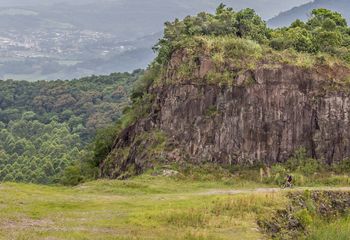 The palm tree shaped Laos is the only landlocked country in Indochina, resulting in most tourists just passing it by in favor of its beachy neighbours. However, Laos remains one of the most friendly and culturally rich countries in the world. While the wild Annamite Mountains of the east dominate the skyline, it’s the mighty Mekong River that gives the country its lifeblood. Covered in dense jungle the climate in Laos consists mainly of monsoon weather seasons. The tropical country claims to have 3 seasons: Wet, Dry, and Hot.

Most cycle travellers in Laos are usually passing through while on their way to another destination, but this is slowly changing. Tours that run between Chiang Mai in Thailand and Hanoi in Vietnam commonly pass through the northern provinces of Laos where they overnight in the cultural capital of Luang Prabang. This is beginning to change as the country has begun investing in its tourist trails, making it easier than ever to explore the remote wilderness and dense jungles that make up the country. Laos still retains some of its French colonial heritage; in the cities you will find French-styled buildings and corner bakeries serving fresh bread. For a more authentic cultural experience cycle to the 5th century Khmer temples of Wat Phu, where the temples rise from the jungle and locals sell traditional crafts and food.

Adventure awaits right outside the capital city of Vientiane, where you can visit craft markets in rural communities and get introduced to the rural splendour of Laos. Follow the mighty Mekong River north or south and you will encounter wild jungles where tigers still prowl, and where villagers are still practicing their centuries-old traditions. While there were conflicts in the north, it has now been reopened to tourists, allowing you to truly indulge in an off the beaten track part of Southeast Asia.