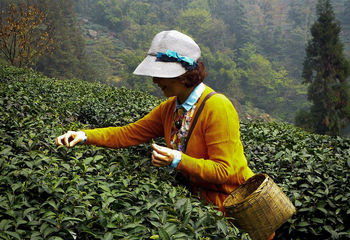 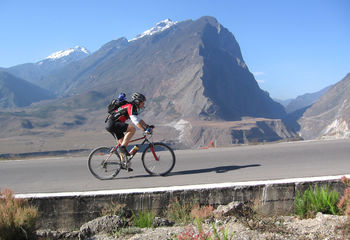 Vast, diverse, ancient yet modern, ultimately fascinating, China has intrigued even the most seasoned travelers for millennia. The country is in the midst of an era of expansion, growing at a rate almost unheard of in recorded history. Once sleepy villages have expanded into large cities, filled with skyscrapers and factories as far as the eye can see. Do not let this deter you; China is also one of the most enigmatic countries on the planet. While the eastern coast of the country may be one of the most densely packed strips of land on earth, the western reaches tell a different story, as the wind-swept plains of the Gobi desert give way to the snow-capped peaks of the Himalayas, with nigh a mega-city to be seen.

It’s hard to comprehend the size of China; its single landmass makes it the third largest country in the world behind megalithic Russia and Canada’s thousands of islands. Cycling through any part of China is a rewarding experience, as you can fully take in the awe inspiring, the genuinely odd, and the completely foreign. With centuries of international trade, development, and tourism, the east coast of the country is most accessible to travelers; however, recent infrastructure improvements have seen the western provinces of Yunnan, Sichuan, and Qinghai become a cycle tourist’s dream.

The south is dominated by tropical forests, rice paddies, and towering karst pillars, making the cycling spectacular. The province of Yunnan is also home to 28 recognized ethnic groups, the wildly varied foods and customs making it one of the most fascinating and diverse provinces in all of Asia. In China you will find everything a person loves about traveling. There is a hectic and modern flair to to the east, while the west is still an ancient frontier where the mystical shangri-la still entices visitors today. China is a country of immense diversity in both its peoples and its landscapes, reflected in the food and customs of each region. Cycling China is a vast undertaking where the hardest part will be deciding where to start.