Discover some of our most popular adventures in Dalmatia - Split to Dubrovnik: 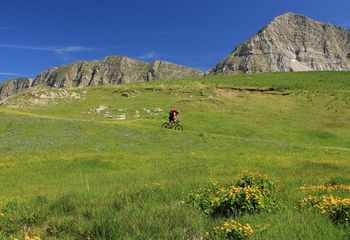 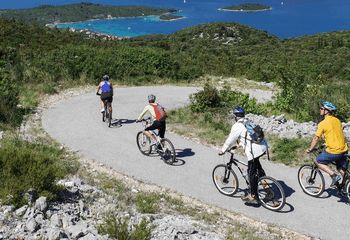 Search all tours in Dalmatia - Split to Dubrovnik

Enigmatic Split is the main city on the central coast and it may be one of the most beautiful cities on the Mediterranean. Being built around the palace of Roman Emperor Diocletian in 295 AD, Split has become a central hub of transportation, tourism, fishing, and all things Adriatic. The Old Town is where you will find most of the action; the small winding streets lined with shops, cafes, and palm trees can make you feel lost in time. Split is where most of the ferries to the surrounding islands leave so it makes a great base for exploring as many as you can, including the UNESCO recognized island of Hvar.

Beloved by Emperors, artists, and Hollywood celebrities, the town of Hvar is one of the best preserved historic towns on the Adriatic, making it a must visit. The islands are full of hidden beaches, chic seaside towns, and quiet country roads, making them a top destination for those cycling Croatia. Although resorts are beginning to stand shoulder to shoulder, the coastline south of Split may be the most beautiful on the entire mainland as mountain peaks drop steeply into the aquamarine waters, leaving white pebbly beaches around every corner.

Known as the ‘Jewel of the Adriatic,’ the city of Dubrovnik’s jaw dropping beauty is second to none. Its medieval city walls and old city center set the backdrop for one of the most enchanting and lively European cities, which had led to its development as Croatia's top tourist destination. However, despite its reputation, Dubrovnik is a manageable size and seeing the sights will only take a couple days. The landscape surrounding Dubrovnik is a mixture of steep mountains and beach-filled coves; cycling can be challenging but always rewarding. Those who are looking for a more leisurely ride may prefer to take to the surrounding islands, finding themselves chasing sunsets from beach to beach.