Discover some of our most popular adventures in Sardinia: 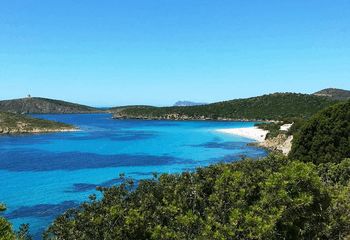 Search all tours in Sardinia

Closer to Tunisia then it is to Italy, yet its closest neighbor is actually France - the fiercely independent Isle of Sardinia is the second largest island in the Mediterranean. The island has its own flair; making the journey to Sardinia will make you feel like you’ve left Italy and found a whole new country. The coastline of Sardinia is jagged and steep for the most part, but not completely without beaches, some of the most pristine in all of Italy. The island does receive its fair share of tourists; however, they tend to stick to the developed resort communities on the coasts, leaving the rest of the island yours to explore.

With a long history in mining, it wasn’t until the mid 1900s that Sardinia started to attract mass tourism; even now they tend to stick to the main hubs of Cagliari, Olbia, Alghero, and the various other beach resorts. This makes for some fantastic cycling as the areas between destinations are less touched by tourism, making for a more authentic experience of the island and its people. Tackling the hilly terrain and cycling through the smaller towns and cities will leave a lasting impression; Sardinia truly is unlike anywhere else in Italy.

Cagliari is the main point of arrival for most; it features some of Sardinia’s best food and shopping and makes a good home base for exploring the southern coast. Most tour operators work out of Cagliari in the south or Olbia in the north and will take you out along the coastlines to discover hidden beaches and into small seaside villages where you can feast on local seafood. You’ll also climb into the hills, past picturesque vineyards and olive groves, to explore some of Sardinia's ancient abandoned mines and mining towns. Sardinia is a refreshing deviation from mainland Italy, and from the rest of Europe, with its spectacular scenery, clean beaches, and vibrant traditions - not to mention the fantastic riding.